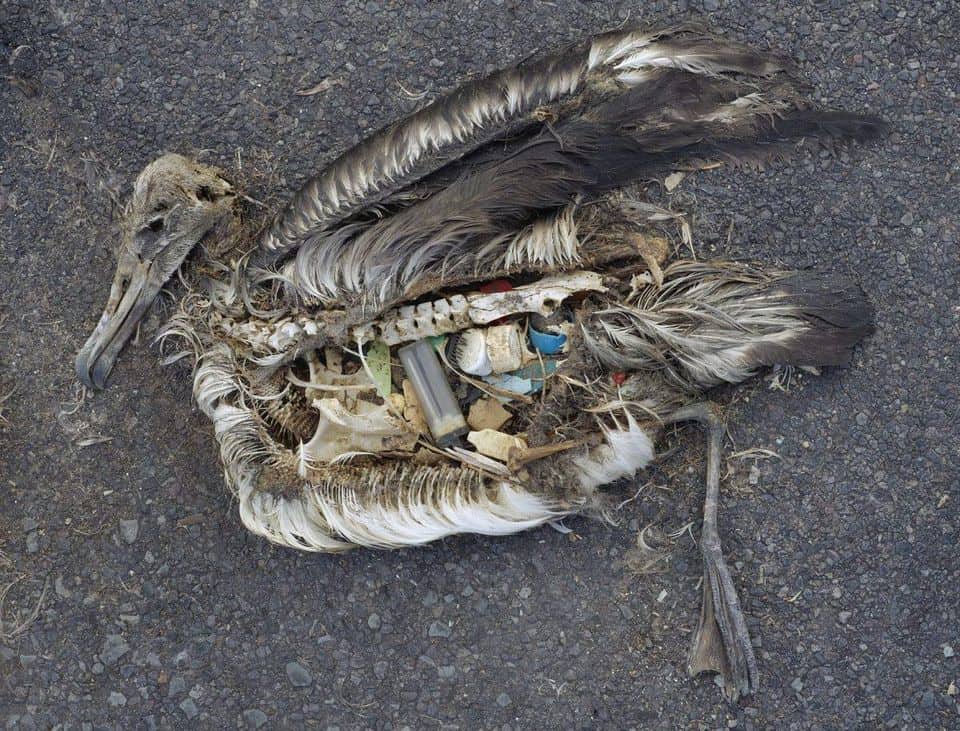 In 1992, a shipping container filled with 28,000 “rubber” duckies was lost after it fell into the sea somewhere between Hong Kong and the United States. Even today, those plastic bath toys still wash ashore from time to time (link), even in totally different oceans as far away as the eastern seaboard of the United States, as well as the coasts of Britain and Ireland. That flotilla of escaped plastic ducks joins millions of Lego pieces, sneakers, styrofoam insulation, plastic crates and a plethora of other items lost at sea (link) that — surprisingly — are teaching us about ocean currents and about the astonishing indestructibility of plastics in marine environments.

But all this plastic waste is very harmful: listed here are the five ways that plastics harm the environment, birds and wildlife — and even people. But as with anything, even plastics may actually have a beneficial use, despite the damage they are causing.

Plastic debris is found absolutely everywhere, from the Arctic to Antarctica. It clogs street drains in our cities; it litters campgrounds and national parks, and is even piling up on Mount Everest (link). But thanks runoff, and to our fondness for directly dumping our trash into the nearest river or lake, plastic is growing increasingly common in the world’s oceans. 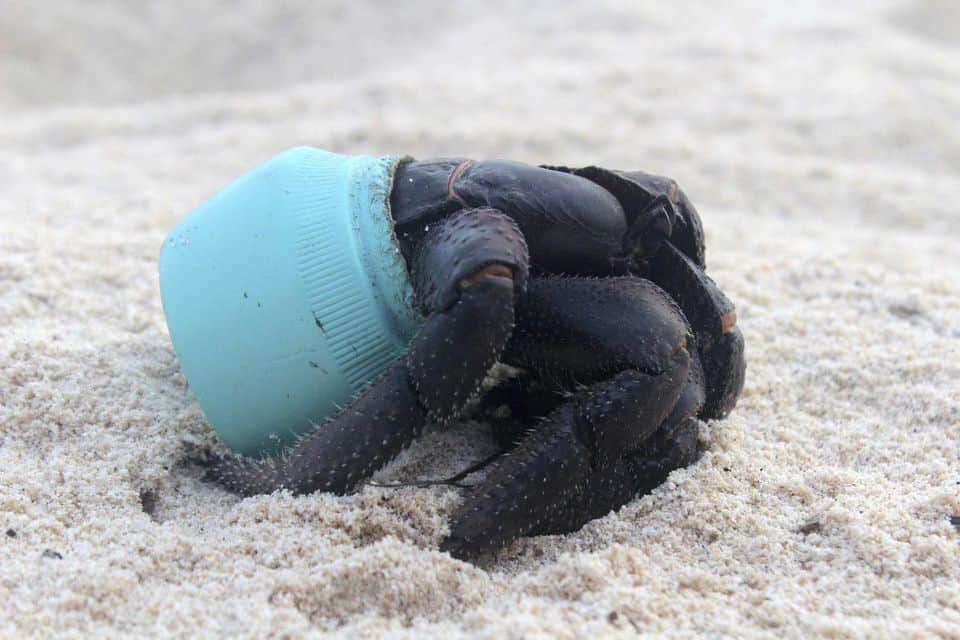 Mountains of plastic trash have been found everywhere in the world’s oceans, from one of the remotest specks of dirt on the planet, Henderson Island, a tiny uninhabited coral atoll in the middle of the Pacific Ocean (ref), to the deepest spot on Earth, the Mariana Trench (ref), which plummets to a depth of 10,994 meters (36,070 feet) below sea level. As that flotilla of escaped rubber duckies demonstrated, floating plastic even forms massive “garbage patches” swirling slowly in the middle of the Pacific Ocean, thousands of kilometers away from land. 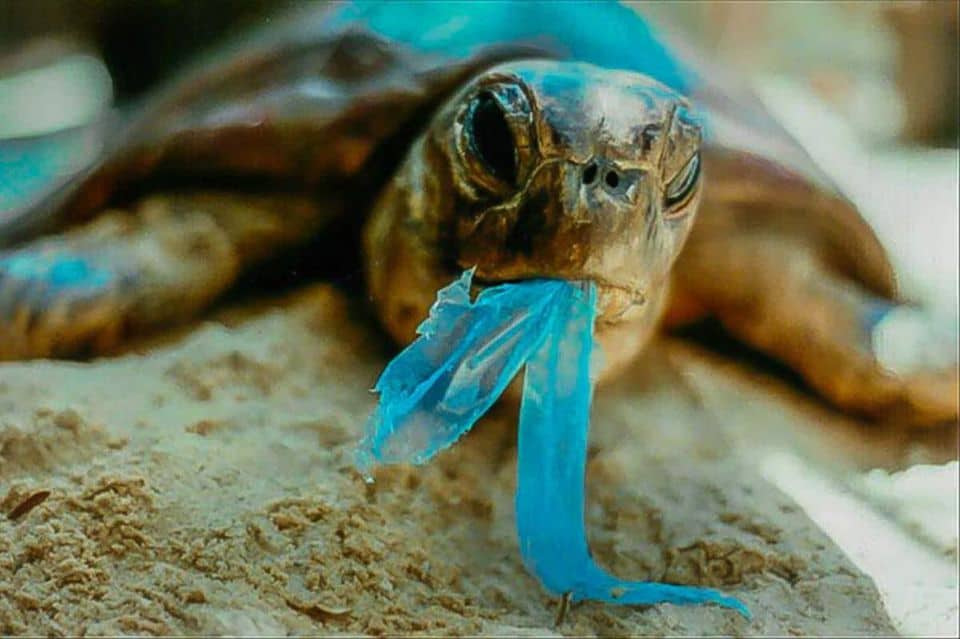 2. Plastics are one of the main products of fracking

We already know that fracking is bad for the planet — it pollutes water, soil and air with toxins, it creates underground cavities that collapse into sinkholes, and it raises pressure in underground rock formations, destabilizing them and leading to earthquakes, even in places where earthquakes are uncommon. Adding insult to injury, one of the main products of fracking is … plastics. Basically, fossil fuels removed from shale and other rock formations are turned into resin pellets that are used to manufacture ever more plastics, plastics that are easily discarded, plastics that usually are designed to be single use.

You may not know that plastics manufacturers are dangerous to the environment, to wildlife and to people in other ways, too. For example, the British chemical industry giant, Ineos, has 75 manufacturing facilities in 22 countries, including the United States. In addition to contributing to growing mountains of plastic rubbish, Ineos facilities can boast an impressive — and growing — record of fires, explosions, and chemical leaks.

“The Ineos facility in Cologne, Germany was the site of a massive fire in 2008, and there have been a series of high profile accidents elsewhere — a major oil leak in Norway, a number of chemical leaks in France, long-running controversies over chemical dumping in Italy, and the release of toxic gas that resulted in the hospitalization of workers in Belgium,” according to a report (ref) written by Food and Water Watch and Food and Water Europe.

In the last few months, the effects upon wildlife that come from eating, or becoming entangled in, plastic debris have been reported more widely and more often than ever before, leading to public outcry and protests.

These tragic events should come as no surprise: there are an estimated 270,000 tons of plastic floating through the world’s seas where it threatens 700 marine species with its presence (ref). Further, there is growing evidence that plastics play a role in rising rates of species extinctions.

But entangling or lodging inside the digestive tract of an unfortunate victim, like whales and other marine mammals, birds, sea turtles and fishes, is not the end of the line, because plastics do not biodegrade, nor are they digestible. Instead, large plastic pieces break into smaller fragments that are easy for even more animal species to consume. Eating plastics results in malnutrition, intestinal blockage, or slow poisoning from chemicals leached from or attached to plastics.

It’s almost as if seabirds and other marine animals are intentionallyseeking out plastics and consuming them — but why? Recent research proposed that plastics in the oceans become covered with marine algae that release a natural sulfur compound, dimethylsulfoniopropionate (DMSP), when they die or become damaged. This chemical is detected by hungry seabirds and other marine creatures, which are attracted to it and then they mistake plastics for lunch (ref).

Not even microscopic animals, collectively known as zooplankton, are safe from ingesting plastics (ref), the only difference being that they consume microscopic plastic bits. Similar to plastics consumption by larger animals, microplastics can result in reduced feeding, energetic deficiencies, injury, or death of zooplankton (ref) — A Very Bad Thing since zooplankton are part of the essential foundation upon which the entire marine food web rests.

A minority of plastics are “compostable” or “biodegradable”, which means they can be reduced to their chemical components by, say, your home compost. Other plastics can only be successfully composted by industrial or municipal facilities after first being separated from other, non-biodegradable, plastics.

Unfortunately, most people are confused as to which plastics fall into this biodegradable category, and this confusion often is most apparent when confronted with unfamiliar plastics in unfamiliar places. For example, are plastic water bottles purchased, say, at the airport biodegradable? Should they be disposed into the recycling bin or into the food waste bin? It’s often challenging to know, especially since little useful information is typically available to quickly make a decision.

Once again, as demonstrated by the 1992 rubber duckie escape, plastics survive even the harshest conditions, such as floating around in a marine environment under blistering, unrelenting sunshine or frozen into Arctic ice for years before finally floating away and landing on some faraway shore. For this reason, plastics will probably outlast humanity itself. It is this apparent immortality leads me to my last point, which is that plastics may be co-opted for good.

Plastics could be used to benefit the environment

It is tempting to demonize plastics, but realistically, plastics themselves are not inherently evil. Plastics make life better, and easier, for us. For example, one of the first things you use every morning and one of the last things you use every night — your toothbrush — is made of plastics. Every time you visit your supermarket, you meet many sorts of plastics that serve as packaging to prolong the freshness of foods, and in a hospital, a variety of plastics help prolong your life.

In fact, it is the immortality of plastics has inspired some enterprising researchers to begin thinking “outside of the box” to develop innovations to re-purpose already existing plastics, perhaps to even reduce the effects of climate change. How?

The key lies in the chemical structure of plastics. Plastics are made of long chains — polymers — of carbon molecules, such as carbon dioxide (CO2) and methane (CH4). Methane gas is a molecule in cow farts that is eighty times more powerful than CO2 for causing climate change. CO2 gas is produced by burning natural things, like gas, oil, wood or plastics, and for this reason, we produce far more CO2 than methane, so the cumulative effects of all that CO2 are much greater than those of methane gas. Basically, if we could permanently remove a portion of CO2 or CH4 gases from the atmosphere by sequestering them into plastics, we would effectively be preventing these gases from causing further damage to the climate.

One such enterprising company, Mango Materials, a small start-up in California, is working to reduce the methane gas problem in wastewater treatment plants by harnessing the ability of particular microbes to capture methane and stick them together to create polymers that then can be manufactured into larger and more useful pieces of plastic.

Another company, which was listed included in Forbes’s 2018 “30 under 30” list in Manufacturing and Industry (link), is Filabot. This company converts already existing plastics, like water bottles, into plastic filaments that are used by 3D printers. This repurposes plastic waste into other useful forms instead of dumping it into the ocean, or incinerating it, which then liberates CO2 into the atmosphere where it can contribute to climate change.

Mother Nature herself has a number of clever innovations that we are only beginning to discover and to understand. For example, there is evidence that at least some animals, such as caterpillars (link), manage to provide homes to their own special collection of gut microbes that can biodegrade at least some sorts traditionally non-biodegradable plastics — a discovery that could lead to innovations in truly recycling plastics. And just last week, a paper was published that discusses how a group of Japanese scientists developed a “mutant enzyme” that can degrade the traditionally non-biodegradable plastic, PET, which comprises plastic water bottles (ref). This “mutant enzyme” is 20% more efficient than its original form, produced by the microbe, Ideonella sakaiensis 201-F6.

Hopefully these new innovations and discoveries will inspire yet more creative thinkers to harness the power of their imaginations, perhaps assisted by vast armies of microbes, so we can re-purpose apparently immortal plastics into other useful forms — maybe even a few more rubber duckies — whilst preventing the escape of damaging CO2 and CH4 into the atmosphere.

Source: Five Ways That Plastics Harm The Environment (And One Way They May Help)