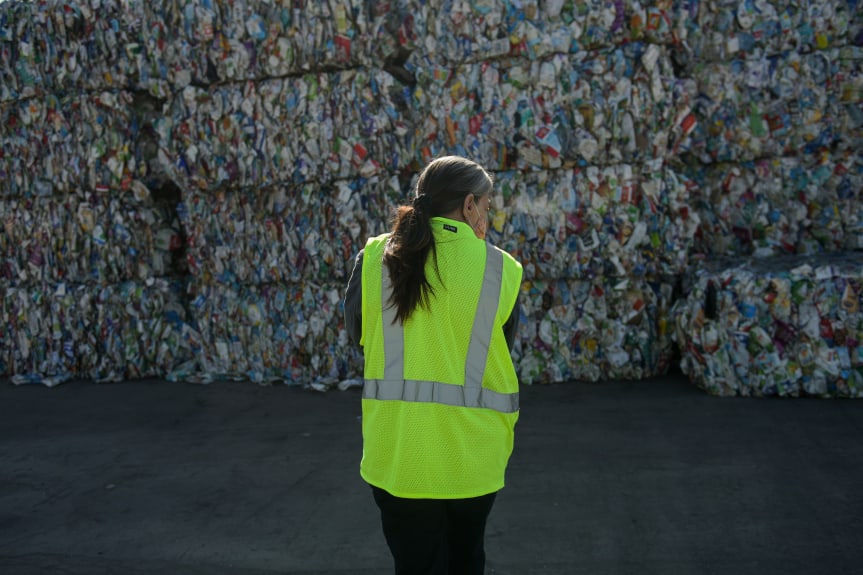 Ban plastic bags? Put millions toward recycling? Or do both?

Colorado lawmakers have a decision to make: Ban single-use plastic bags and foam takeout containers from many restaurants and retailers, or keep the plastics as an option but have food service packaging distributors pay fees to boost state recycling efforts by $75 million in five years. Or do both at the same time.

The first bill is backed by environmentalists and is a longstanding priority for Democrats. The competition, introduced one week later, comes from the American Chemistry Council, which represents DuPont, ExxonMobil Chemical Company, 3M and other large producers of plastic products.

The proposals present alternate courses for Colorado, which has a recycling rate twice as badas the national average. Plastic regulation is a climate issue, as these products pollute air, soil and water sources, and emit greenhouse gases as they idle in landfills.

These dueling bills are also an example of the impact that lobbyists have in the statehouse.

“It is the plastic industry’s attempt to draw people away from the ‘reduce’ aspect of pollution prevention,” said Rep. Alex Valdez, a Denver Democrat and a lead sponsor of the ban bill. “They’re saying, ‘Hey, look over here.’ That’s all it is. Does it actually want to solve a problem? No, because their business is selling plastic, and our intention is reducing plastic going into landfills and into our bodies.”

But Valdez’s co-sponsor, Sen. Julie Gonzales, thinks that view is short-sighted. Though she also believes that the alternative bill amounts to an interference campaign, she said the legislature should take the industry up on putting more money into the plastics problem — even if plastics recycling is a fraught topic, considering China recently stopped taking tons of U.S. plastics to be recycled.

“I think it’s ridiculous that there are policymakers in this building who think that we shouldn’t be able to walk and chew gum at the same time,” the Denver Democrat said. “They’re both good bills, they both should pass and be signed into law.”

“Maybe I was being naive”

The Democratic majority of the Colorado Legislature seems to be in general agreement about the harmful nature of products like single-use plastic bags and polystyrene food containers. These products are difficult and costly to recycle, and the measure to ban the products follows a similar but stalled effort in 2020.

Plastics industry representatives argue bans are ineffective because whatever is prohibited is often replaced by something equally expensive or difficult to recycle.