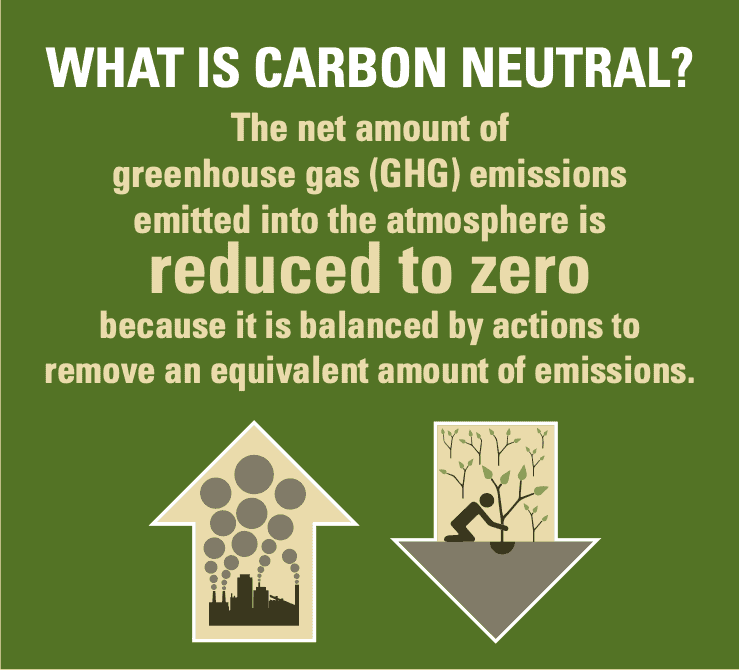 Our Carbon Neutral Pledge.  As Beyond Green grows, we intend to use carbon-neutral production options and producing biodegradable products that both have zero impact on the environment,  thus becoming zero carbon in totality.

Check back for details

means that your carbon emissions – that is, the carbon emitted by your day-to-day operations, such as manufacturing, traveling, and so on – are effectively canceled out.

Depending on the partner you choose to work with, the schemes will vary, but tree planting is a common one. This is because trees naturally absorb carbon dioxide from the atmosphere, helping to reduce the volume of greenhouse gases. Or carbon offsetting can be done by simply not emitting carbon at all – for example, choosing to cycle instead of drive.

You might also hear people using the term net-zero or zero-carbon – these all mean the same thing. For example, if you used 100% renewable energy to power your business and used carbon offsetting to ensure your net operations and supply chain were carbon-free, you could call yourself a “zero-carbon” business.

Carbon negative – also confusingly referred to as climate-positive – goes one step further than carbon neutrality, aiming to remove more carbon from the atmosphere than you emit.

Carbon-negative has a number of other terms associated with it, but it is the ultimate goal for businesses of all sizes.

Although the term “carbon neutral” is used, a carbon footprint also includes other greenhouse gases (GHGs), usually carbon-based, measured in terms of their carbon dioxide equivalence. The phrase was the New Oxford American Dictionary‘s Word of the Year for 2006.[7] The term climate neutral reflects the broader inclusiveness of other greenhouse gases in climate change, even if CO2 is the most abundant. The terms are used interchangeably throughout this article. The term “net zero” is increasingly used to describe a broader more comprehensive commitment to decarbonization and climate action, moving beyond carbon neutrality by including more activities under the scope of indirect emissions, and often including a science-based target on emissions reduction, as opposed to relying solely on offsetting.