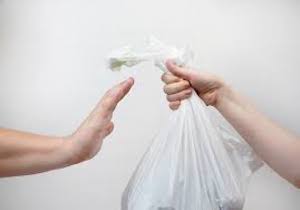 Some governments have ordered the use of disposable bags in stores around their states, as a way to tamp down the spread of the coronavirus pandemic.

And the Minnesota Grocers Association has developed flyers for its stores to display at checkout lanes, saying reusable bags couldbe a carrier of the virus. The group cites a recent study that found the novel coronavirus can live on hard surfaces like plastic or stainless steel for up to 72 hours, and on cardboard for up to 24 hours.

But the study did not specifically look at reusable bags — leaving shoppers with the question: What to do?

As it turns out: It depends on which researcher you talk to.

“I think, generally, the science doesn’t support a need to ban the bags,” said Pete Raynor, an environmental health scientist at the University of Minnesota who studies airborne viruses.

He said viruses are less likely to survive for long periods of time on porous surfaces, like fabrics, than on hard surfaces.

“So if you’re not making daily trips to the grocery store,” he said, “I think the science suggests that you’re not going to have an infectious virus on the bag.”

Raynor recommends shoppers wash their hands when they get home from the store — and he added that the COVID-19 outbreak has not changed his own family’s shopping-bag habits.

“We’re still using them, and I think it’s the right decision,” he said. “I don’t have any qualms about us taking groceries in reusable bags.”

Experts agree that the main mode of transmission for the coronavirus is through the air, from someone nearby coughing or sneezing.

They say that touching an object that has the virus on it, and then touching your face, could be a secondary way the virus is spread.

So many won’t rule out the possibility that shoppers could pick up the virus from a reusable bag that’s touched a surface that has the virus on it.

A few years ago, researchers in California conducted a study in which they sprayed reusable bags with a kind of virus that doesn’t infect people, before customers entered a grocery store. Then they followed shoppers through the store to see where the virus spread.

They found that the virus spread to shopping carts, and all over the checkout lanes — and to store employees’ hands.

“So there’s the idea that you could bring [the virus] in [to the store], which is what we were testing,” said Ryan Sinclair, an environmental microbiology professor at Loma Linda University who led the study.

“But … as I’ve been thinking about this since the coronavirus, it’s also about bringing things out of the store,” he said. “Even if you have a clean, reusable grocery bag, I think anything that you’re touching on those surfaces in the grocery store can also bring things out.”

Sinclair said he supports broader efforts to encourage the use of reusable bags, including California’s law that bans the use of single-use plastic bags. But he said right now, he feels it’s safer for his family to use disposable ones.

Most experts, though, say reusable bags are not going to be a major vehicle of spread for the coronavirus.

Source: States and stores are banning reusable bags during COVID-19 pandemic. Is it safe to use them? | MPR News