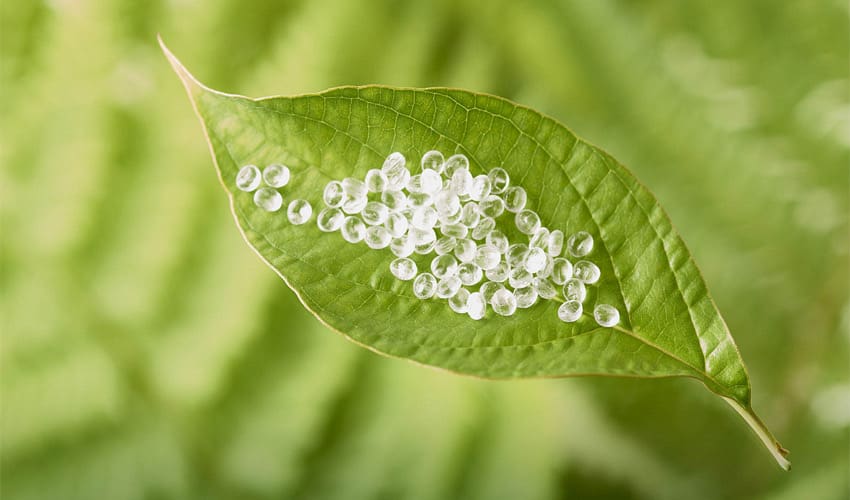 There is a reason why the most popular and widely used 3D printing material for FDM printers is PLA. It’s very easy to print plastic compared to other materials, which makes it the ideal filament for amateurs. Also, there is a common belief that PLA filament is more sustainable and safer than other materials, giving it that advantage too. Where does this assumption come from? And how sustainable is PLA really? To find an answer to our questions, we spoke with experts and sought their opinions on this subject.

Our experts include Florent Port, the president of Francofil. The company develops and produces a large number of 3D printing filaments in Normandy, France. Nicolas Roux is the CEO of Zimple 3D, he founded the company two years ago now. The solutions offered by Zimple 3D seek to simplify the use of 3D printers with air filter devices for example. Last but not least, we spoke to Jan-Peter Willie, the co-founder of 3D4Makers, a Dutch filament manufacturer with many years of experience in plastic production.

Naturally, our first question was to ask our experts what are the biggest misunderstandings about PLA filament. Our three experts agreed on the biggest misconception, Florent Port explains in simple terms, “It is biodegradable, which implies that it doesn’t matter if you throw it in nature or not.” Nicolas Roux added, “PLA does not emit toxic emissions.” So is PLA truly sustainable? In order to learn more about this material, we focus on its biodegradability, emissions, production and other issues such as recyclability.

How Is PLA Produced?

PLA, also known as polylactic acid, or polyactide is obtained from renewable and natural raw materials such as corn. The starch (glucose) is extracted from the plants and converted into dextrose by the addition of enzymes. This is fermented by microorganisms into lactic acid, which in turn is converted into polylactide. Polymerisation produces long-linked molecular chains whose properties resemble those of petroleum-based polymers.

Pure PLA is produced from renewable raw materials and is not based on fossil raw materials, as is the case with ABS. This is very positive when you consider that our crude oil is a finite resource. Nevertheless, an ethical question arises, is it justifiable to produce plastic from food, given that the world population is continuing to grow and more and more food is needed. Jan-Peter Willie comments, “There is much debate about the total carbon, fossil fuel and water usage in manufacturing bioplastics from natural materials and whether they are a negative impact to the human food supply. To make 1 kg of PLA, the most common commercially available compostable plastic, 2.65 kg of corn is required. Since 270 million tonnes of plastic are made every year, replacing conventional plastic with corn-derived PLA would remove 715.5 million tonnes from the world’s food supply, at a time when global warming is reducing tropical farm productivity.” In other words, if we switch to bioplastics, the fields for food will have to compete with those for plastics.

What Does Biodegradable and Compostable Mean When It Comes to PLA?

The terms biodegradable and compostable and their differences are of key importance and often misunderstood. Jan-Peter Willie explains, “Many people confuse ‘biodegradable’ with ‘compostable’. Broadly speaking, ‘biodegradable’ means that an object can be biologically broken down, while ‘compostable’ typically specifies that such process will result in compost.”

‘Biodegradable’ material can be decomposed under certain anaerobic or aerobic conditions. However, almost any material will decompose over time in nature. Thus, the exact environmental conditions for biodegradability must be explicitly defined. Composting is a man-made process. According to the European standard EN13432, a polymer or packaging is considered ‘compostable’, if within 6 months in an industrial composting plant, at least 90% of it is converted into carbon emissions by microorganisms and additives are present at a maximum of 1% of the initial mass and are harmless. Or we could say to sum it up, “All composting is always biodegradation, but not all biodegradation is composting”.

Can PLA Filament Really Be Described as Biodegradable?

The term biodegradable is often used when advertising PLA material, suggesting that PLA just like kitchen waste can rot in domestic compost or in nature. However, this is not the case. PLA can be described as biodegradable, but “under the specific conditions of industrial composting, it is more appropriate to say in this case that it is a biodegradable polymer. Industrial composting conditions, i.e. controlled temperature and humidity in the presence of micro-organisms, are necessary for PLA to be truly degradable”, explains Florent Port. Jan-Peter Willie adds, “PLA is compostable but only in an industrial composting plant.” 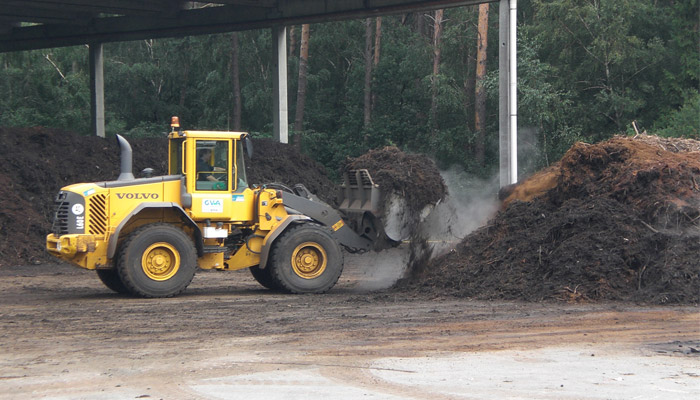 Unfortunately, the term biodegradable used by manufacturers and distributors can be somewhat misleading for the final consumer when it is not further defined. The Federal Environment Agency also notes in its report that increased environmental impacts from micro-plastics can occur if more plastics are disposed of in the environment due to this communicated biodegradability.

In the wild, it takes at least 80 years for PLA to decompose, which means that in the sea and on land it contributes not only to conventional petroleum-based plastics but also to environmental pollution from plastics and above all microplastics. For this reason, PLA should not be thrown into nature, into home composters or into organic waste, just like other plastics. This leads us to the question of what happens to the PLA as soon as we throw it away.

Can PLA and Other Bioplastics Be Degraded in All Composting Plants?

The answer is no. A survey carried out by the German Environmental Aid (DUH), counting almost 1,000 German composting plants for biowaste and green waste, showed that 95% of these composting plants cannot compost bioplastics in accordance with the standards. Also, 80% of these composting plants, which compost German biowaste and green waste, found bioplastics to be an interfering substance. This shows that although PLA can be biologically degraded in theory, in practice the corresponding infrastructure for the biological degradation of PLA and other bioplastics is lacking.

Can PLA Be Recycled?

According to our three experts, PLA itself can be recycled. However, Florent Port notes, “There is currently no official collection of PLA waste from 3D printing. In fact, the current plastic waste channels make it difficult to distinguish PLA from other polymers such as PET (water bottles), and the contamination of these materials with PLA affects recycling. Technically, PLA is therefore recyclable provided that the collection consists exclusively of PLA, without contamination by other plastics.” 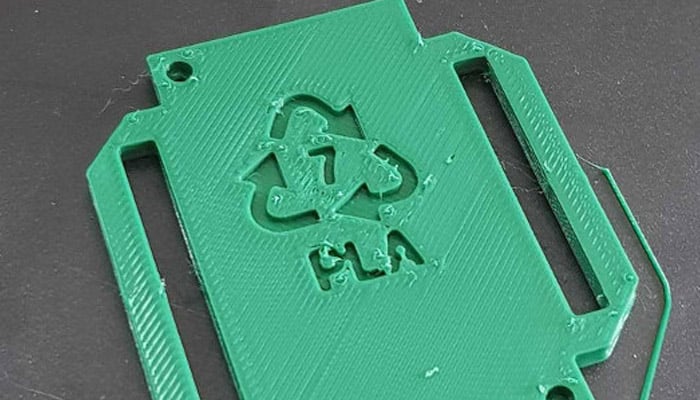 What Should You Know About PLA 3D Printing Emissions?

Many people wrongly believe that the emissions released by printing PLA are completely harmless because PLA emits a rather sweet smell when printed. In contrast, petroleum-based ABS emits an unpleasant plastic smell. Nicolas Roux, CEO of Zimple 3D, is an expert on filaments’ emissions and we asked him about this exact topic. He told us, “Scientific studies have shown that PLA emits a significant amount of nanoparticles that can pass through the alveolar-capillary barrier and contaminate the entire body through the blood.” This barrier or membrane is the part of the lung through which the gas exchange functions, i.e. the absorption of oxygen and the release of carbon dioxide.

“These particles are mainly lactide, but many other toxic particles can also be released as the filaments used are rarely 100% PLA and contain up to 40% additives. This is why tests are found that show that PLA emits styrene, chloromethyl and many other carcinogenic compounds known in the chemical industry.” A Federal Environment Agency report also confirms exposure to particulate matter, nanoparticles, and VOCs (volatile organic compounds) in extrusion-based 3D printing of PLA and other plastics such as ABS, with ABS emissions reported to be higher than PLA.

How Dangerous Are These Emissions?

“In the absence of a compliant safety data sheet, the hazards vary widely from filament to filament, although they are present in all. The additives used and the manufacturing process of the filament has a significant impact on how dangerous the emissions are”, explains Nicolas Roux. It is therefore certain that when PLA is printed, nanoparticles can deviate uncontrollably into the air and contaminate the user’s body. “Therefore, it is necessary to protect oneself by limiting the risk”. Nicolas Roux recommends never work near a 3D printer that is in operation, ventilating the room in which the print is made, and if necessary to use a filtering system.

Are Some Filaments Environmentally Friendlier Than Others? What Are the Alternatives to PLA?

Florent Port explains, “Organic filaments are more environmentally friendly than those from fossil resources”. In this case, the additives are very important. This is manufacturers such as Francofil also produce PLA filaments whose additives do not contain any chemicals. Many of their PLA filaments are added to by-products (wastes) such as mussels, wheat, and coffee grounds, which make them 100% bio-based. 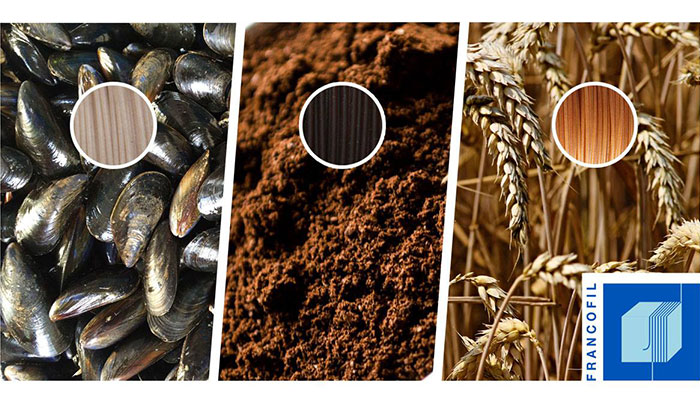 Nicolas Roux believes that there is no real sustainable alternative to PLA filament, “Unfortunately, I don’t know of truly green and safe filaments that don’t emit particles or are capable of biodegrading themselves in the earth or in an ocean. In my opinion, the preference for filaments with compliant safety sheets from European manufacturers is a responsible attitude when choosing materials.” Jan-Peter also recommends European filaments: “At PLA, which comes from Asia, there are many suppliers who do not specify what is in their filaments.”

He continues: “There are many plastics that are made from natural raw materials, but very rarely you see them as filament. It’s probably difficult to make a filament out of them or they’re bad to print.” However, there are companies, such as the Canadian start-up Genecis, that are working on the development of polymers that can be degraded in natural environments after about 12 months. In addition, some manufacturers, such as Nefilatek, now offer recycled filaments. This is still plastic, but definitely more sustainable than new material. 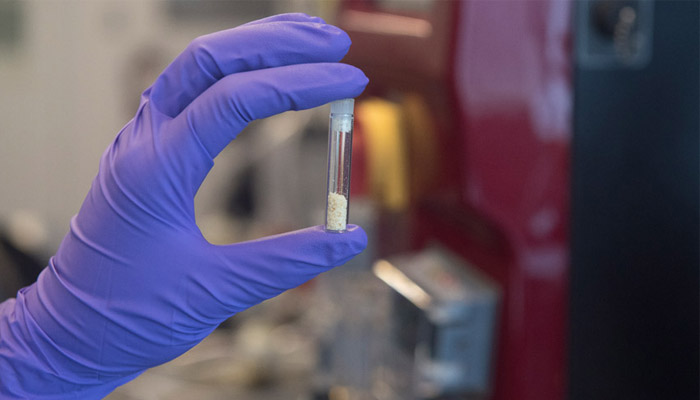 Genecis’ PHA plastic in its granular form before being refined and transformed into pellets | Photo Credits: Genecis

PLA consists of renewable raw materials and is biodegradable in industrial composting plants. However, due to the lack of infrastructure, it is difficult to compost PLA industrially or to recycle it. Contrary to current opinion, PLA also emits substances that are harmful to health, but less than ABS, for example. So the real problem with PLA filaments is that their properties are sometimes wrongly communicated and not clearly defined; in some cases, there may even be some greenwashing.

Overall, it can be said that PLA is somewhat more sustainable than plastic from fossil fuels due to its production from renewable raw materials and the possibility of biodegradation. But it is and remains plastic that pollutes nature and the seas and it’s therefore important as with all plastic you use, to recycle it.