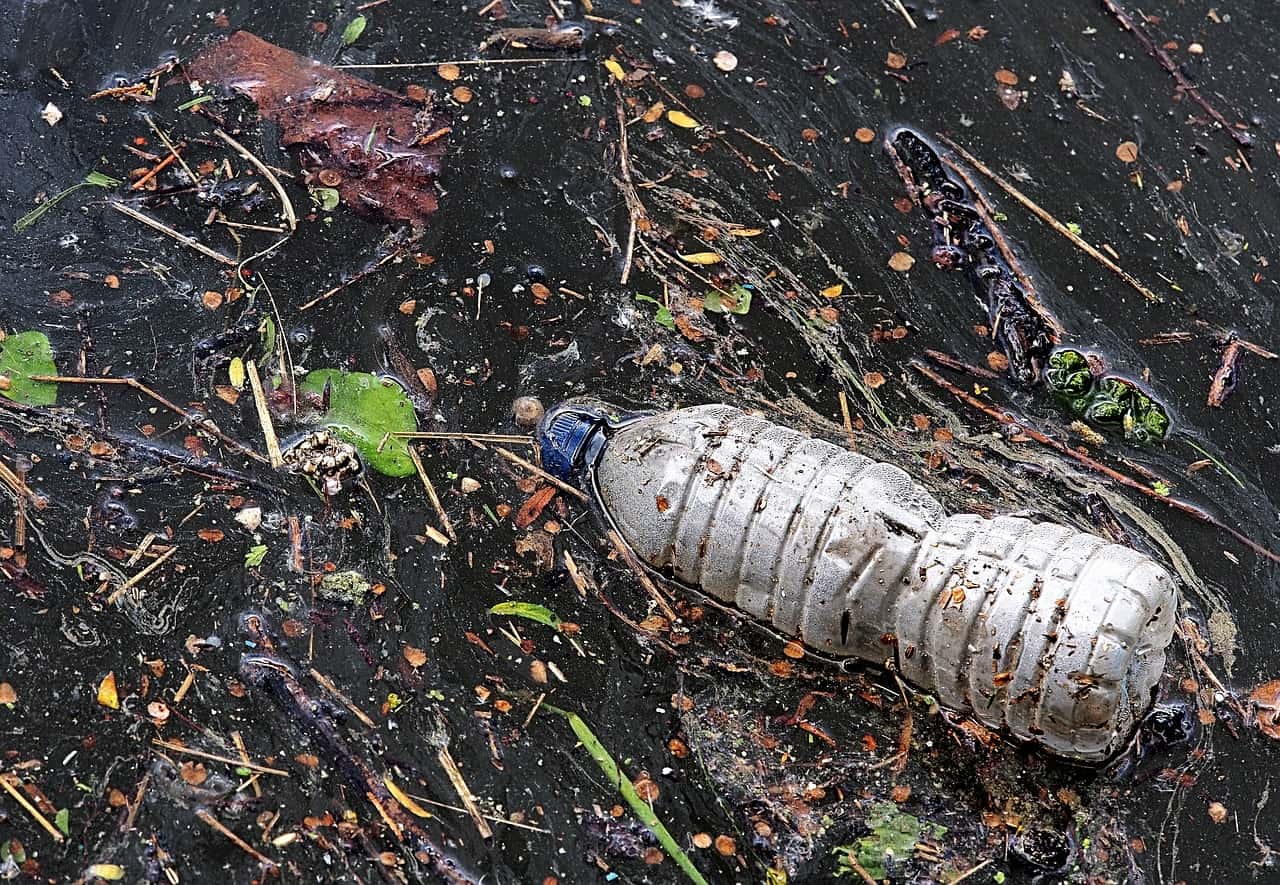 Founded in 1972, Ocean Conservancy is a Washington, D.C.-based leading advocacy group working for the protection of special marine habitats, the restoration of sustainable fisheries, and most importantly, for reducing the human impact on ocean ecosystems. In order to save our oceans, the group focuses on educating the public and also advocating for policy changes for maintaining vibrant ocean wildlife. Among Ocean Conservancy’s several efforts, the International Coastal Cleanup program- which the group has been hosting for over 30 years- brings millions of volunteers together to clean beaches across the world. The organization was initially known as the Delta Conservancy and later the Center for Environmental Education and the Center for Marine Conservation before receiving its current name.

Surfrider Foundation is a grassroots non-profit environmental organization dedicated to the protection of oceans and beaches around the world. Recognizing the challenges that Ocean facing from pollution, offshore development and climate change, the California-based group acts on issues such as water quality, plastic pollution, beach access, coastal preservation and sustaining marine and coastal ecosystems. According to the group, its volunteers test the ocean waters all year long in order to make sure that the public is educated on their local water quality. Further, under its Ocean Friendly Gardens program, they also make beautiful landscapes that collect runoff before it reaches the ocean.

Oceana is another Washington D.C based ocean conservation and advocacy organization committed to save and restore oceans through targeted policy campaigns. Founded in 2001, Oceana is the largest international advocacy organization exclusively working for the conservation of the ocean. The organization carries out targeted campaigns to prevent the collapse of fish populations, marine mammals and other damages to sea life resulted from industrial fishing and pollution. As part of its campaigns, Oceana is involved in efforts to end major sources of ocean pollution such as oil, mercury, aquaculture and shipping emissions. In addition, the organization also campaigns for the protection of vulnerable places in the oceans, including the Arctic, the Aleutian Islands, the Mediterranean and Chile’s Juan Fernandez Islands, among others.

Known for obstructing Japanese whaling activities in the Southern Ocean since 2005, Sea Shepherd Conservation Society is a Washington-based marine conservation organization with direct action tactics to save the oceans.  Founded by Paul Watson, a former member of Greenpeace, in 1977, under the name Earth Force Society, the organization is involved in a number of “controversial activities” to protect the ocean and marine life. Sea Shepherd Conservation Society carries out operations that involve direct, non-lethal tactics including scuttling and disabling whaling vessels, intervening in seal hunts, and throwing bottles of foul-smelling butyric acid onto whaling vessels at sea, among others. As a response to the organizations’ effort, the Japanese government has called Sea Shepherd eco-terrorists for impeding their research.

Take 3- A Clean Beach Initiative is an Australia-based non-profit organization focussing on the reduction of plastic pollution in the oceans and beaches. As educating people on the risks of marine plastic pollution, the organization encourages beach-goers to take just three pieces of rubbish before leaving the beach and places near any waterways or bodies. As millions of tons of plastic end up in our oceans every year, this initiative believes in turning small efforts into big results to protect our oceans from plastic pollution.

The Green Peace organization, the most successful organizations working in the area of oceans, works towards several issues pertaining to the marine environment.  With its vast networks across the world, the organization argues big corporations to act to reduce their plastic footprint to end the flow of plastic into our oceans. In addition, Green Peace is also engaged in addressing unsustainable industrial fishing practices, climate change and ocean acidification.

Co-founded by husband-and-wife duo Marcus Eriksen and Anna Cummins, The 5 Gyres Institute is a non-profit organization that works for cutting plastics pollution through giving focus on primary research. The organization says it fights against pollution through science, art, education, and adventure. As a result of their efforts, the organizations in 2015 could successfully help impose a ban on plastic microbeads used in skincare and cosmetic products in the United States.

The Colorado-based Oceanic Preservation Society focuses on promoting marine conservation and environmentalism. Founded by photographer and diving enthusiast Louie Psihoyos in 2005, the organization was received attention for making the award-winning documentary, “The Cove.”  The documentary that created in 2009 was an eye-opener to the horrors of the annual Taiji dolphin hunt.

The US-based Environmental Defense Fund or EDF is known for its works in the area of global warming, ecosystem restoration and oceans. In addition to working with fishing communities to offer transitional and financial support, the organization’s goals include the curbing of overfishing and also begin sustainable fishing models in several countries.

Richard (Ric) O’Barry, who founded the project in 1982, is a person who has worked both within the dolphin captivity industry, and against it. RicO’Barry had trained five dolphins that were used in the TV series called Flipper. However, O’Barry transitioned from training to advocating against the captivity of dolphins after one of the Flipper dolphins died in his arms. O’Barry, who believes Kathy committed suicide, under this initiative, campaigning against Japan’s cruel cetacean hunts and also for halting the Solomon Islands dolphin trade. He has also rescued and rehabilitated dolphins in many countries around the world.

Costa Rica-based Pretoma is a marine preservation group makes voices against the country’s role in the international shark fin trade. The International Shark Foundation has listed over two hundred shark species as endangered and Costa Rica has become a focal point for this cruel trade. The organization also carries out research to help protect ocean resources and to encourage sustainable fisheries policies in the country and Central America. As part of their efforts, Pretoma organizes year-round public awareness marine conservation campaigns as well as education programs in educational institutions in the country.

New York City-based Natural Resources Defense Council is a non-profit international environmental advocacy group works to protect the oceans from pollution and exploitation. The organization supports the implementation of laws that help to save marine life including allowing overfished species to rebound. In addition, the council takes necessary efforts to preserve ocean treasures, prevent destructive fishing practices and protect coastal communities from offshore drilling, among others.

The US-based Woods Hole Oceanographic Institution is a nonprofit research and higher education facility carrying out studies of all aspects of marine science and engineering. The institution, which houses scientists and engineers, works for resolving some of the significant problems currently being faced by our oceans. The organization also involved in delivering unbiased information to help inform public policy, and also increasing awareness among people about the importance of protecting oceanic resources.

With a network of grassroots individual citizen activists, the Blue Frontier Campaign works towards the improvement of ocean policies in the 23 coastal states of the United States. According to Blue Frontier Campaign, the mission of the initiative is to construct the solution-oriented citizen engagement required to save our ocean, coasts and the communities. The initiative conducts regional meetings, public education campaigns and publishes books to achieve their goal.  The campaign was founded by award-winning author and journalist David Helvarg in 2003.

Founded by Bahamas-native Kristal Ambrose, the Bahamas Plastic Movement’s goal is to make the region free of plastic debris using research, education, citizen science, and policy change. The mission of the movement is to build a community of education and activism around plastic pollution. Launched in 2014, the movement conducts plastic education campus encourages people to join the program by adopting a beach etc.

Project AWARE is a non-profit organization working with a team of volunteer scuba divers with a core focus on Shark Conservation and Marine Litter.

Sealegacy is a non-profit organization formed by a group of experienced and renowned photographers, filmmakers, and storytellers who work towards making the oceans healthy and abundant.