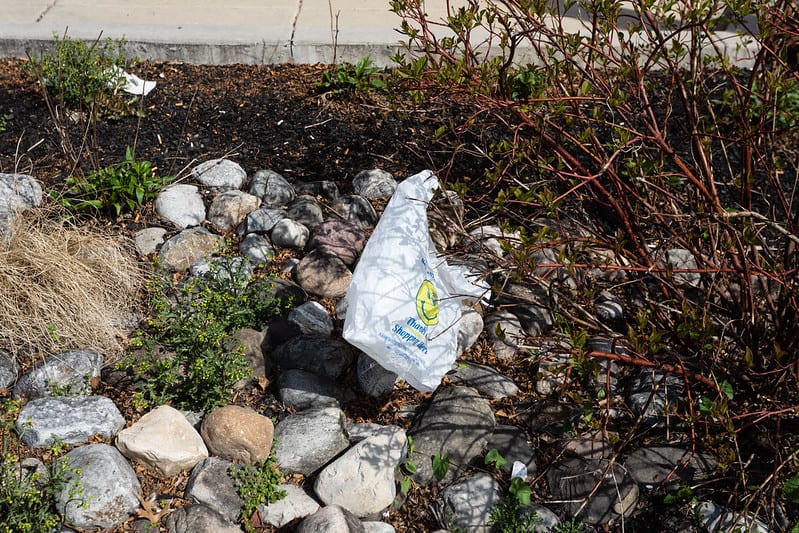 Supporters of a ban on the use of plastic bags are pushing Maryland legislators to protect the Bay by passing the bill once and for all this legislative session. The statewide ban bill was a victim of the 2020 General Assembly, cut short due to the COVID-19 pandemic.

“Plastic bags litter our waterways and our beaches,” says Del. Brooke Leirman (D-District 46), the bill’s sponsor in the House. “It’s almost impossible to escape the sight of plastic bags in my district (Baltimore). And most of the plastic was created in the last decade.”

During the 2020 session, the bill saw two major amendments—removing the requirement to charge for other carryout bags and dropping a work group focused on reducing plastic and single-use container waste.

The hope is that the amended bill will be brought to the floor for a vote before the General Assembly wraps its current session on April 12.

“We need to pass this bill to allow people time to get ready for July 2022,” says Sen. Malcolm L. Augustine (D-District 47), the bill’s sponsor in the Senate.

The bill was heard in the Senate Finance and House Environment and Transportation committees last week, and a vote from both committees is expected soon.

Plastic bags are among the most common entangling animals in the Chesapeake.

“A plastic bag was found in a dead minke whale on Virginia’s Eastern Shore,” Ross says. “We cannot recycle our way out of this mess. Passing policies reducing plastic production is critical.”

COVID-19 has impacted the plastic bag situation in the Bay.

“The pandemic has made this issue more critical,” says Del. Leirman. “The use of single-use plastic bags has increased with carryout.”

But the pandemic also creates challenges for businesses to comply with the bill if it passes.

Jared Littmann, owner of K&B True Value in Annapolis and a member of Annapolis Green—a local nonprofit advocating for a healthy community and planet—made the switch from plastic bags to paper in early 2020.

But the pandemic put a wrinkle in Littman’s plans.

“We had switched from plastic to paper before the pandemic, but when we closed to the curbside and everything needed a bag, sales were down, and costs were up, so we switched back to plastic temporarily,” Littman says.

The paper bags with handles cost Littman 600 percent more than plastic bags. He worries that business owners may struggle with the cost.

“The best answer is probably the education piece that government can provide to encourage customers to bring reusable bags so that we don’t have the paper bag expense,” Littman says.

Advocates for the bill attended a virtual rally, calling upon the 120-plus attendees to reach out to their legislatures in support of the bill.