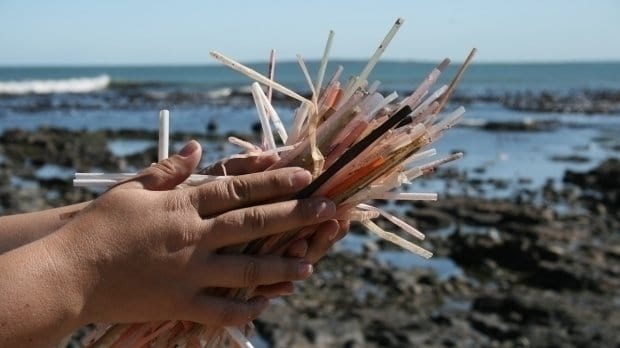 The Lifestyle of a Plastic Straw

If you’ve been paying attention recently, you’ve seen businesses and cities alike are banning plastic straws due to their inability to be recycled or biodegrade at the end of their life. If plastic straws aren’t busy taking up space in our landfills, they can usually be found polluting our oceans, disrupting marine ecosystems, and trapping nearby animals. At this rate, if we don’t cut back on our plastic usage, there will be more plastic than fish in the ocean by 2050 (!!!)

So why keep using single-use plastic straws if they’re so destructive towards the environment? While many of us are unaware just how bad it is for the planet to sip that iced coffee through a straw, others don’t think that their “small” amount of waste can have an impact. The truth is, when just a little bit of trash is created by a whole lot of people, thousands of tons of waste can be produced in mere minutes.

The good news? Straws don’t have to suck. With reusable options made from glass, bamboo, stainless steel, and even compostable materials, you can have your smoothie and sip it too! Join us below as we break down “the break down” of yucky plastic straws, and give you all the facts you need to buy a truly better alternative.

Used For Minutes, Here For Centuries

Invented in 1888, the modern straw was made from just paper strips and glue to solve a common issue: the natural rye straws once used to sip whiskey left a grassy taste that the new straws did not. Flash forward a century later, and paper straws have almost been entirely replaced by their plastic counterparts, made from a chemical called polypropylene (composed of molecules of toxic propylene gas!)

Polypropylene, and plastic for that matter, is designed to withstand being submerged in water without falling apart. In other words, they’re made to last (and last they do!) This chemical substance, called “petroleum bi-product polypropylene” in full, never biodegrades and can stay in our environment for thousands of years.

Believe it or not, every plastic straw that was ever created still exists in some form today, whether it be in a landfill or the ocean. To add salt to the wound, straws are often individually packaged in unnecessary paper or plastic, and they travel huge distances from the factory, to your dinner table, and then back to the landfill. Just think of all the carbon emissions that come from simply transporting all of these flimsy straws!

Once a plastic straw is used (which is usually about one drink long), it will get thrown away and hauled off to a waste management plant–if the wind hasn’t already blown it from your trash bin and into our waterways, that is! At the waste management plant, there’s three places your straw is likely to go: the incinerator, the ground, or the landfill. While the incinerator may sound like a better option because it completely eliminates your plastic straw, it also releases yucky toxic dioxins into the air that can settle onto our crops and eventually end up stored in our bodies. Depending on your city, they are sometimes buried in the ground, leaching more chemicals into the soil and groundwater than if they were sent to the landfill. Most disposable straws, however, end up in overflowing landfills, where they remain for centuries!

If you try the recycling route for your plastic straw, you’ll be shocked to find that most centers can’t recycle straws at all.  Many mechanical recycling sorters can’t identify the lightweight item, which increases the potential for them to slip through the sorter and contaminate entire recycling bundles (costing recycling plants time & money!) Despite your good intentions, it’s likely that your straw will still end up in the landfill, where it will outlive even your great, great, great grandchildren.

Believe it or not, plastic straws are one of the top polluters on our beaches. Whether you recycle or toss it, the lightweight plastic can get blown by the wind into our waterways and rivers, at which point it’s nearly guaranteed that it will eventually end up in the ocean.

When trash floats around in our ocean, it often finds itself meeting other plastics in a gyre, aka a circular ocean current, where it can stay for years. The largest accumulation of trash in the world, The Great Pacific Garbage Patch, covers a surface area twice the size of Texas!

While the straws may break down in size in these gyres, the materials are with us forever, and broken down plastic isn’t necessarily a good thing. When these plastics break down into particles less than 5 millimeters in size, they become microplastics. These small plastic “crumbs” are even easier for marine life to consume, and even harder (virtually impossible) to remove from the ocean. The problem has gotten so bad that at least 100 million marine mammals are killed each year from plastic pollution alone, as well as a countless number of fish.